Date Announced for Auction of Boris Becker’s Trophies and Memorabilia

You are here:
Timed Auctions 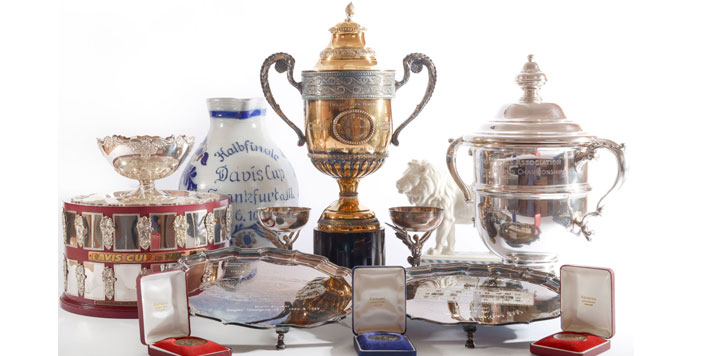 The joint trustees of the bankruptcy estate of Boris Becker have announced that they have instructed their agents, Wyles Hardy, to auction the former tennis star’s trophies and memorabilia on 11th July 2019.

Boris Becker was declared bankrupt on 21 June 2017 and Mark Ford, Finbarr O’Connell and Gil Lemon, all of Smith & Williamson LLP, were appointed as joint trustees of the bankruptcy estate of Mr Becker on 21 August 2017.

As part of their duties, the trustees instructed agents, Wyles Hardy, to auction the recovered trophies and memorabilia with the proceeds to be for the benefit of Mr Becker’s creditors. An auction was originally planned for June 2018. However, on 26 June 2018 Mr Becker applied to the Court for an injunction to prevent the auction, set to end on 28 June 2018, from taking place.

On 19 November 2018 and following Mr Becker’s formal withdrawal of his claims, the Court ordered that the Trustees be allowed to proceed to a sale.

“We concluded that Mr Becker’s application in June 2018 for an injunction to prevent the auction, and the associated publicity that it generated, may have deflated potential realisations of the trophies and memorabilia. Our view was that bidders may have experienced uncertainty resulting from the claims asserted by Mr Becker in support of his application. The auction had attracted very substantial bids and, in our experience, had it not been for Mr Becker’s intervention, last minute bids would have significantly increased the return for his creditors. As officers of the court we look to obtain the best possible return for creditors, so at a Court hearing on 27 June 2018 we agreed to the temporary adjournment of the auction so that Mr Becker’s claims could be dealt with before the Court.

“In turn and through a third party, Mr Becker provided an undertaking to cover the damages and costs associated with his very late request to postpone the sale, such damages to include compensation for the cost of having to subsequently re-run the auction; and also for the prospect of a re-run auction generating a lesser return.

“Following our agreement to adjourn the auction, the trustees instructed their lawyers to robustly resist Mr Becker’s claims that the trustees should not be permitted to realise the trophies and memorabilia. As a result, on 19 November 2018 and following Mr Becker’s formal withdrawal of his claims, the Court ordered that the Trustees be allowed to proceed to a sale. The Court also ordered that Mr Becker be liable for the Trustees’ costs incurred in dealing with the dispute.

“We are pleased that the auction can now be resumed as these assets are one of the few remaining assets of the bankruptcy, and we anticipate declaring a dividend to creditors later this year. We hope and expect the sale will create the same level of excitement as it did last year, as this is a rare opportunity for tennis fans to acquire memorabilia of this kind.

Accordingly, and following the Court Order, the joint trustees have now instructed Wyles Hardy to arrange a further auction of the trophies and memorabilia to take place as follows: The Timed Online Auction will be scheduled to close on July 11th 2019.